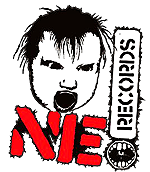 Never give up! Never stop! NE!

Record based on the result of a strong passion for helping artists to show themselves in their best strength. Passion, professionalism, trust, character, all these describe NE! Records and the artist. Never give up, never stop!


“NE!” literally translates to “NO!” I choose the name because I wanted a simple but strong name. Kind of like the punk, you know. There are a lot of injustices that I want to say no to, and by creating a label with the name I felt like I was doing that...

Where did you grow up? What was the punk scene like there, and how did you get interested/involved in it?

I grew up in Mostar, Bosnia and Hercegovina. There wasn't much of a punk scene when I was young. Mostar is a quite small town and the punk scene didn't reach the town until the early 80's. Me and my friend actually started the first punk band in Mostar. And that was it when it came to punk in Mostar, until the war began. I found punk through a friend from my class, who was a punk rocker and he gave me cassettes. After two months he gave up on punk, but I was hooked for life.

Did you ever play in any bands, do a zine, organize gigs, or do another label before starting NE! Records?

First I started a punk zine with a friend, but we gave up after two copies. Later I started a band, with the same friend called “Zenevski Dekret,” that I played with until I left Mostar.

I started the label in 2007 but after only two releases I took a long break for private reasons, but I always had it in the back of my head. And in 2012 I decided to start it up again. I had thought about starting a label for a long time, because I felt that the ex-Yu punk scene had a lot of great but underrepresented bands. “NE!” literally translates to “NO!” I choose the name because I wanted a simple but strong name. Kind of like the punk, you know. There are a lot of injustices that I want to say no to, and by creating a label with the name I felt like I was doing that.

The focus of your label seems to be releasing former Yugoslavian stuff. Do you plan to stick to this pattern, or do you think you will release current bands or bands from other places?

It's just so much fun going on in the ex-Yu scene and there's so much to discover, so I don't see myself leaving the scene soon. But of course if something fun catches my eye, I won't abandon it just because they aren't from ex-Yugoslavia or because they're new. Having said that, I feel a great deal of depth to the old ex-Yu punks bands, I grew up listening to them and I feel like I have a connection to them. So I'm prioritizing those bands.

Which is your favorite of all your releases so far, and why?

Every record is my favorite is when it comes out, because there's so much work going in to these records and I try to put as much love in to them as possible. I like to think that my favorite record is yet to come out - that gives me motivation to become better at what I do.

Why did you relocate to Sweden?

Because of the war, of course. And Sweden was the only country where you didn't need a visa. I quickly adapted to the life here, I found friends and the punk scene was awesome so I decided to stay.
Was there an anarchist or radical activist movement tied in with the punk scene in Yugoslavia before the war?
There was no movement to speak of, we weren't organized enough for that. Of course the communists, the government, were criticized but to do anything more than write songs, to try and organize something bigger was very dangerous so punks stayed away from that. Most bands wrote very powerful songs about their lives, how it was to live in a communist state. While other bands, like Pankrti, and O! Kult, wrote songs more directly criticizing the government.
From your perspective, what effect did the war and break-up of Yugoslavia have on the punk scene there?
Nationalism has grown in the involved countries, and takes a bigger place in everything, sadly enough even the punk. But those who really understood punk saw that we were all the same as before and used the punk to unite people instead. I would actually argue that the connections in the punk scene are stronger today than ever. I hope I'm right.

During the years of the war, were there still punks actively organizing shows or other events? Were there punks protesting the war or speaking out against the extreme nationalists?

The war is a big hole in the history of ex-Yu punk, nothing happened. Everyone disappeared to their countries. No one was openly critical of the war, not until towards the end of the war when people realized that all the propaganda released by their government was utter bullshit.

How do you generally get in contact with these older bands to arrange the reissues? Did you know them when they were active?

No, most of them I didn't know, they'd already stopped playing when I got involved in the punk scene. It was pretty hard to get a hold of them in the beginning; I had to do some pretty hard core detective work! Now it's much easier, of course it'd be even easier if I lived there. Living here I have to go through several layers of contacts.

How connected are you now to the current punk scene where you’re from? Are there any cool current bands, zines, or labels you can recommend from the region?

I have less and less time what with juggling between job, two kids and the label of course. But I try to stay as involved as possible. Sadly, I'm not as up to date as I'd like to be. Some bands worth naming are: Abergaz, Scuffi Dogs, Nula Osta, Ofsajd.. And when it comes to labels and zines we have: Oprem dobro, webzine “Holly Cherry”… There is still some punk/underground labels that will take good care of their band: Front Rock, Slusaj najglasnije, Domtown records, Moonlee records and still tireless FV Založba.

I'm awfully sorry, but I can't restrain myself to three bands when it comes it ex-Yu punk, it's all just so good! Of course all the bands I have released records of are among my favorites. But I must say that Paraf was the band that I listened to in my entire life, and the band has had the biggest influence on me. As for the non-Yugo bands, I'm going to leave out all the big UK and US bands, because that's no fun! I collect records from all over the world, and right now I'm going through a Scandinavian punk period (again). I am once more overwhelmed by the amount of amazing bands there is out there and it's really hard to limit myself to just three, but here it is: Ebba Grön and Bizex-B (Sweden) and Sensuuri (Finland). Phew, that was hard!

Are there any great bands, venues, or other punk related things going on where you live now that you would like to mention?

The punk here is very alive, but in the summer there's only a few festivals so i know (Malmö,Motala,Karlstad,Norrköping). There's so many great bands that I would recommend getting the V/A LPs “Turist I tillvaron” so you'll get a sample of the Swedish punk scene. My favorite artists are: Baboon Show, Nitad, Moralens Väktare,Masshysteri...

What releases do you have planned for the future?

Right now I'm working on Gola Jaja and their first ever demo record. It's being released in LP format and should be out soon. As for the other stuff I have cooking, it's just going to have to be a surprise!

I can’t wait! Thanks so much for the great releases and for taking the time to answer these questions! Last question: I’ve seen old burnt out punks in documentaries from the past talk about punk as though it’s a thing of the past or irrelevant, and it drives me nuts! To end on a positive note, what’s kept you interested in remaining involved in punk after all these years?

I don't know what makes them say that, maybe they've fallen out of touch with the punk scene, and if you aren't involved in the punk scene it's easy to say that punk is dead, or whatever, but I have always tried to stay involved because the punk is what drives me to continue and push through during my teenage years. And is therefore a big part of me. I believe there will always be a place for the punk in this world as it is now, no matter what those old punks say. 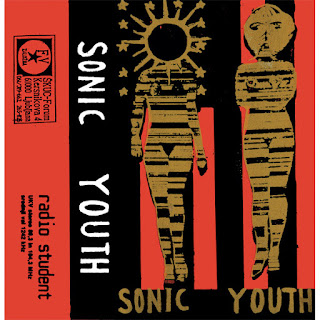