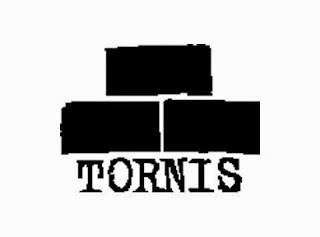 Today I will publish the first post in english. It´s interview with Janis, who running TORNIS label focusing on indie music rom Latvia.

"Musicians Society TORNIS" or "TORNIS" was founded in the end of 1998 in Riga, the capital of Latvia. This is a non-profit NGO the main goal of which is to support Latvian unsigned / independent / underground music bands and artists. We are going to reach the aim by organising seminars and courses for artists, advertising all activities and events of independent / underground scene, by supporting the press and publicity for this theme, explanation and propaganda of such kind of art to the public, by obtaining and distributing the information about the activities free-of-charge.
The NGO "TORNIS" was founded on the basis of 8 years long running unofficial / non-registrated society / commune of several Riga's underground music bands TORNIS or TORNIS rec. TORNIS rec. was is a music label (since 1991 we have produced over than 70 cassettes and cd's), concert and festival organisation and we were the first Latvian music label who had an Internet homepage (since beginning the of 1996). We have built a record studio and rehearsing place for bands.
Playing and producing music we have experienced really huge obstacles and barriers because of the non-commercial character of our art (not just music, but also live performances, cassettes cover art, ideology, etc.).

And here is intw: Questions: me, Answers: janis
it is not so hot, cos I was done  around two years ago, but you can get some informations...

Janis, please introduce little bit yourself. What was reason to start Tornis label? What is meaning of name, why did You chose it?

I was involved in rockband by my old friend in the end of 1989. This
was just idea about band. Then i started to learn how to play bass and
invited 3rd member and the band IR BIJUSI MATI UN IZBIJUSI was
founded. First we started to find out other new undergound bands, and
we found a few ones (BEZ GREZNIBAS, TUKSA MUCA, SILVIS) and some older
ones (INOKENTIJS MARPLS...). At that time there were no more than ~10
real undeground bands. Nowadays there are hundreds...
Then we did concerts and festivals by orselves in different places and
venues (like schools, cafes, old open / closed estrada places),
because at that time there was no one regular rock clubs here in
Latvia.
In beginning of 1991 we got rooms for practising at old water tower in
Riga. From the start just BIJUSI MATI UN IZBIJUSI and TUKSA MUCA
rehearsed there, but soon other bands joined us, also we formed
innummeros quantitie of side projects. From the start we did a lot of
recordings in Tornis (=Tower), we build a DIY studio and recorded tens
of albums and demos. Till 1995 we used just amateur equipment - soviet
mics, 8-track-mixing desk and reel - to - reel tape recorders. Later
we bought an old studio master tape machine, but untill 2001 almost
all recordings we did at Tornis were recorded straight and live into
the stereo (2 chanells), without any post mixing.


> What is main idea of label?

DIY and conservation of our personal music, which we thought is good
enough, and music of friends or people we even do not know before - if
their music's good.

>How many releases did You made by Tornis?

Untill end of 90-ies we made a tape releases (reel-to-reel and
cassettes), and that catalog consists of ~ 60 titles. Later we started
CDR releases, and we put out about 15. In this decade we are less
active than in the past - because of the families, kids, studies,
jobs.. Nowadays we put out 1 - 3 cds i a year. I must add, that tens
our old recordings are waiting to be rereleased..

>
> What are Your others music activities? Radio NABA, doing gigs...?

Besides playing in bands (also PLASTALINS, SARKANAIS OKTOBRIS etc.),
what i do not do for the last 6 years, i record bands at Tornis
studio. Also we did a lots of concerts and festivals, i put out
fanzines (DZIGA 1990-93, TORNA ORGANS 1992- etc).
When the alternative FM radio started here in Riga (in 2000, first the
name was KNZ, but since 2002 - NABA), together with Dambis (leader of
INOKENTIJS MARPLS) we are making weekly 2h radio show devoted to
Latvias music. Every sunday from 20-22, GT + 2. www.radionaba.lv

As far as we know, real punk bands started here in Riga just in mid
80-ies. And there were just few ones. Most important was ZIG ZAG
(first name ARPRAC), but they were more post punk than punkband. They
dressed like glam punkers, played a lot official concerts and recorded
a pair of albums (1987-88), released at that time on reel-to-reel
tapes. And second one appeared in 1987 - INOKENTIJS MARPLS. They
thought they are punks, but they played real hard core, i think first
in the USSR. Still the best punkband in Latvia, because they have good
songs, meaningful messages and they always stepped out of every genre
they touched. New album is recorded, be aware!
After 1991 there were more and more punkbands, but i do noth think
that any of them vere so epic as IM was / is.

> What is Your last release and what are Your future plans...desires? 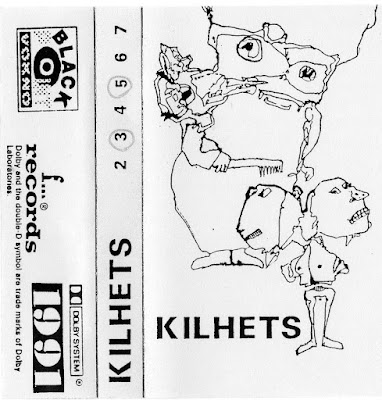