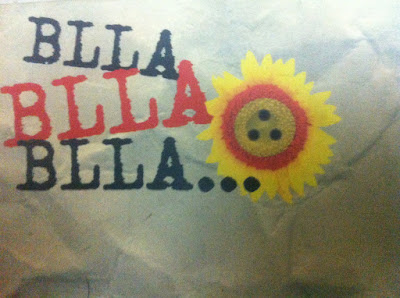 The founder and the leader of the band Blla Blla Blla ... is Idriz Ameti, who as a teenager was part of the band Wunder Kind. Idriz Amieti was a member and vocalist in the band Last Expedition, who left it in the fall of 1987.  Then Idriz with the support of his friends from the same street decided to make his own composition that will fully reflect his ideas on rock and roll band. This decision will lead to the creation of another significant band on the Macedonian rock scene, which has the settlement in the area of Gjorce Petrov, or more precisely on the street "4 July" for its permanent place of living and creation. The band's first lineup consisted of Idriz Ameti as a vocalist, Amir Siaric on bass and Goce Gogov-Hipo on drums. The first name of the new band was Mbretëresha Teuta (Queen Teuta), which was not accepted by the organizers of the group gig in 1988 at the Zef Lush Marku Gymnasium, where Arena and Saygon also took part in the event, and with purpose just to perform, Idriz pronounce the name that continues to this day, Blla Blla Blla ...In the first period of the existence, the members are not very active, and usually have gigs and garage shows in Gjorce Petrov. In the mid of 1989, the band would accidentally look at the advertisement in a magazine that referred to open calll for participation at the Slovenian Music festival for young bands "Novi Rock". Blla bola bola enrolled and performed in the competition part of this festival, on September 14, 1990. Apart from Idriz, the members of the band were often changed, so new members of the band for this performance were: Dimitar Petrov on drums, Tefik Ibrahimi of bass and Muhammad Ibrahimi on guitar. At the concert the band was noticed by the independent record house from Maribor, "Front Rock", which wiould offer the band a four-track EP release. Shortly after returning from Ljubljana in early 1991, the bend recorded the demos of two songs, Kush kish thanë and Lufta psiqike, in Robert Sazdov's studio "Rosa". These recordings have been lost today, just like the next 4 that they are specifically recording for the EP and sending them to Maribor. Unfortunately, that year the riots begin in Yugoslavia and soon and disintegration of the state so the contract with Front rock from Maribor was not released.The first concert appearance of the band after a longer period of resignation from the overall militarized situation is at the ‘Stop The Madness’ festival, held in MKC (Mladinski kulturen centar/Youth cultural center) on October 30, 1993. After this concert, there follows a long period in which the band was active, gaining true cult status in the Macedonian underground circles, especially from the moment of the beginning of 1999, when the violinist Ermalj Shkupi enrolls the band. The first significant presentation of the new progressive sound recognized with the violin of Ermalj, still as a demo band, takes place at the concert that supports MCMS campaign "It's All When When You have All" held on July 1, 1999. Although the debut album material was recorded by the band in May 1999 in the Mozart studio, the realization would happen the next 2000, when the self title album would be promoted from record label "Bagi Music”. The wonderful design is twork of Idriz Ameti and Dimitar Petrov, and the realization is on Alen Milanov. The song that will mark this material and the subsequent career of the band is, of course, Babayaro. On the album, we could hear the sound created in the previous two years characterized with a progressive expression and dominant violin section. The new members, besides Idriz and Ermalj, are also the rhythm section from Last Expedition, Vlatko Janevskii and Dimitar Petrov. Somewhere in this period, as the last relapse of the past, a joint EP with the No Name Nation band will be realized in France. On this vinyl we could find three live songs from the show in Ljubljana at the festival "Novi Rock 9000"...

Blla Blla Blla ... is the only group that can express the general spirit of the Albanians and the Balkans - the collective stupidity, the madness of change, the captured power of the leaders, the severe suffering, the eternal war between the contrasts and the celebration of the unattainable are expressed in a very special way in the music of Blla Blla Blla .... It would not be too much to say that this is the most successful and the best Albanian music band. Their three albums: in Blla Blla Blla ... in 2000, Oversky Balkan Re-form in 2005, and Lamtumirë in 2011 are albums where all the songs are masterpieces. It is remarkable how they were able to maintain themselves in such a high artistic level with everything they wrote. Their music is wonderful precisely because it clearly expresses the struggle between the sound and the word...
(part of seminar work for subject History of Macedonian popular music)
Nora Bajrami, student of musicology
Mentor prof.Julijana Papazova 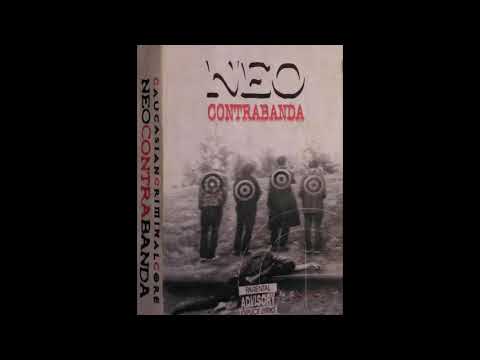