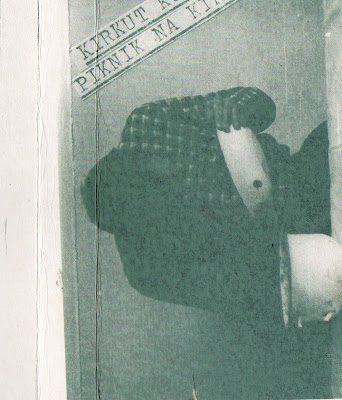 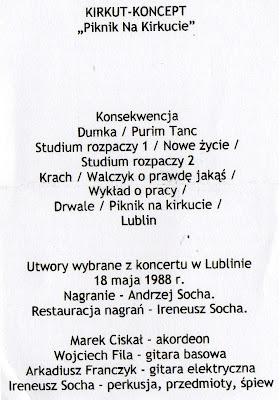 Kirkut–Koncept was a music group formed by Ireneusz Socha (drums, vocals, lyrics and music) and Arkadiusz Franczyk (electric guitar, music) in 1985 as part of the informal art society known as The Crowd of Unskilled Art Performers of Dębica – referring to the title of the DRUT samizdat artzine they were editing and distributing in the underground circles. Apart from K– K, there were also two other music groups created in the milieu, that is art song unit Przestrzenie (Spaces) and group improvisation meets poetry Na Przykład (For Example).

K–K played a small number of gigs, released some cassettes and disbanded in 1991. They created and played live two full– time concert programs: “A Picnic in the Jewish Cemetery” (1987–1988) and “Stone upon Stone” (1988–1989). However, despite the limited exposure, K– K has been critically acclaimed ever since as one of the most innovative Polish groups of the Eighties.

The group’s name (literally, “Jewish Cemetery Concept”) refers to Socha’s place of residence back then – a block of flats built next to the demolished and defunct Jewish cemetery in Dębica. According to Socha’s idea, cultures were nothing but layers on layers as in a palimpsest – where images, sounds, times, styles and languages show through one another.

Socha and Franczyk met and began to play together in the old regime’s final days, when Poland still experienced geographic and cultural isolation, post–Solidarity apathy and hopelessness as well as decay of old social structures. Self– taughts, with no artistic background, they would learn music by listening to recordings on radio, LPs, cassettes and tapes. They found hörspiel, rock, jazz, classical, folk, experimental and avangarde musics equally irresistible and fascinating.

Initially, K–K composed their pieces in a process of group improvisation during rehearsals. All members of the group were involved and helped set arrangements and instrumentation, too. Over time tasks were clearly divided: Socha and Franczyk wrote and arranged all music and the former wrote lyrics. Nevertheless the whole group would work on arrangement and instrumentation and would propose their creative input.

K– K’s musical output was stylistically and formally varied. Rock drive and sonic assault would meet Dada Cabaret, lyrical ballads would be accompanied with sheer noise and absurd texts, improvisations and experiments were good neighbors with sound rituals but also with folk banalities and musical jokes. Naïve melodies, songs– but– not– songs, art rock suites, complex all– composed instrumental pieces – everything would go.

Kirkut–Koncept wrote an important chapter in the history of experimental rock. The band truly and clearly was ahead of its time and place. Note that K– K preceded not only Polish groups such as Shofar or Cukunft but the Radical Jewish Culture movement itself. Although K– K’s recordings are low tech, they well worth your attention. Musically, K– K still has a lot to say today. 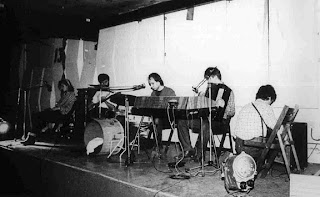 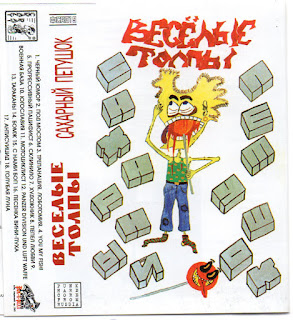